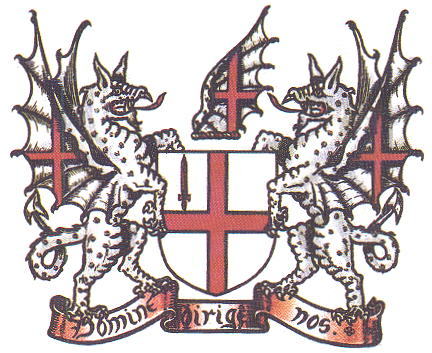 The pen feels clunky in my soot-stained and nearly frozen hands. I clutch at the rough paper, hoping that in my memory I can escape, even if only for a moment.

My family has been in London for generations. We are the muck between the cobble stones, as my mom always said. We are this city, every dark corner and badly-built building bears our mark. We make this city run, and as the rich enjoy themselves we toil to survive.

I was born in the winter of October 1620, and by my mother’s account there was a heavy storm battering our small brick house on the East end of London. I was named Thomas Pepys, and mine was an inauspicious birth, as most young children born into such dreadful cold did not survive the night. That was the fate of my brother before me and our sister before him. Their feet never touched the ground before the disease that is London bore them into death’s  embrace. I was luckier than they, for I survived that first night and each night thereafter. I grew stronger each day, and by the time three years had passed I was able to walk without any help.

I remember that my mother spent all of her time either threading yarn or scrounging for food. She would take her yarn to John Gage, the local grocer who sold soiled vegetables from his storefront. Each third day she would deliver her rough yarn to him and he would grace us with a few measly onions and molded potatoes.

My father had died of the plague a month after my conception, which left my mother pregnant in an unforgiving city. She quickly found another husband and concealed my presence within her belly until it was too late to hide. That is why my step-father, Charles Welm, had such a considerable hatred for me. Charles did nothing with his time, little more than a pauper, he would beg along the street corners, bloodying himself prior so as to appear an injured soldier or victim of some crime. He would rob a man blind in a second and then in the next second have drunk himself into blissful oblivion at the local tavern.

At the age of seven I started my first year at grammar school. My mother had been secretly saving coins since before my birth and felt very strongly that I should know my letters. She desperately wanted to get me out of the East end slums that our family had been living in for generations. My stepfather hated the idea of me going to school, he would have loved nothing more than to sell me off to some iron mine to waste my days within the depths.

I remember my first day walking to school vividly. The school was a tiny home situated a few blocks from the Thames, with a schoolmaster known throughout the east end for his brutality. I arrived at school in about the time it takes to make potato and onion pottage, almost constantly dodging rubbish thrown from the buildings into the tiny streets. The streets were lined with filth on the East end, but as I headed towards the center of the city the rubbish became less and less apparent.

The school had a small stone wall encircling the property. I was incredibly nervous as I walked towards the front door, desperately wishing that I could run back to my friends on the East end. The door was opened by a grimacing older man holding a thin wooden baton. The class itself was small, maybe seven boys in total. The teacher was brutal and cruel, he would strike us with his baton or with an open hand for the smallest infractions. Each day I would leave that classroom and sullenly trudge home, my hands and buttocks aching from the frequent beatings. We spent nearly each day that year individually perched in front of a hornbook, a construct of wood containing the letters of the alphabet and Our Lord’s Prayer covered in a thin sheet of horn. I used to love gripping the hornbook by the handle and pretending I was a knight, each of my classmates representing an evil like the Moors or Jews. One day late into my first year I swung the hornbook at a friend, but I missed and slammed it into the wall behind him, cracking the horn sheet and completely breaking off the wooden handle. The teacher was enraged, he beat me with the baton until I was bloody and then threw me out of the classroom.

I sullenly walked home, no care for the refuse showering me from the windows perched above the street. I received more blows from my step-father upon arriving at home, his alcohol-laced breath filling my nose as he yelled at me, his face a finger from mine. As I lay crumpled in the corner my stepfather stormed out, mumbling something about me being a failure. He arrived home in the time it takes two pottages to cook, somehow more drunk than he was before. He informed me that tomorrow was my last day here, that starting tomorrow I would become a blacksmith’s apprentice.  Both my mother and I were surprised as we didn’t have the money to pay for such an expensive apprenticeship, but my step-father just grumbled that a debt had been paid and that was all.