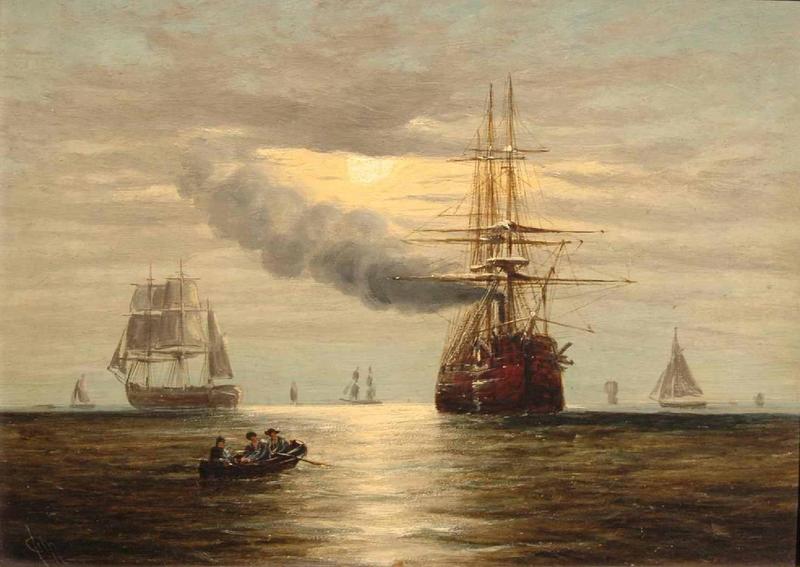 A steamship painting by Claude Thomas Stanfield Moore (1853 – 1901). The use of steam power was a key component of the first Industrial Revoultion.

The First Industrial Revolution took place in Europe and America primarily between the years of 1750 and 1850 and produced massive changes in the lives of individuals and civilization at large. Beginning in Great Britain, some of the main developments that brought about the Industrial Revolution included the invention of machines that replaced handmade forms of labor, the use of steam, and the implementation of factory production. These new systems of production essentially enforced a shift from the agrarian, rurual society of pre-industrial Europe to the industrialized, urban lifestyle. The changes also altered the understanding of the basis of social structure, with status seen as coming from education or property rather than previous notions of nobility. In a related manner, industrialization fostered the growth of a wealthy middle class as well as a new working class.

In France, the interests and frustration of the wealthy middle class, the bourgeoisie, were the primary forces that drove in the French Revolution of 1789. The French Revolution marked the turning point from the early modern period to the late modern period, as well as the beginning of the Age of Revolutions. The American War for Independence that ended in 1783, the French Revolution and the radical periods that followed, and the Haitian Revolution from 1791-1804 frightened traditional authorities in Europe, namely the Clergy and statesman. However, even the wealthy middle classes, satisfied with their gains from revolution as well as industrialization, were weary of further revolution and more radical changes. Revolutionary and antirevolutionary sentiments associated with political upheaval as well as new attitudes, both critical and optimistic, toward methods and systems of industrial production motivated the emergence and advocation of new ideologies in the hopes of winning over the hearts and minds of the European people. Among the various ideologies that emerged during the nineteenth century, Liberalism and Socialism came to dominate discourse. 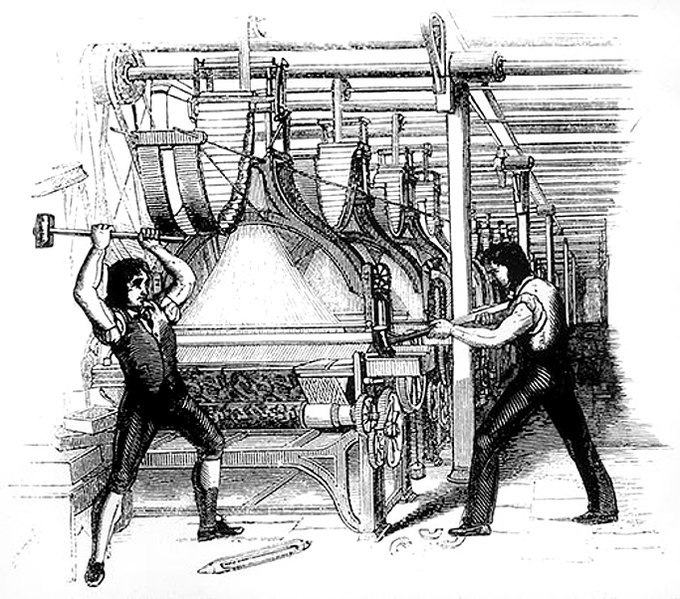 This project seeks to illustrate the foundational causes, principles, and effects of the ideologies that emerged in the nineteenth century using flow diagrams adapted from the layout used in the biological sciences. Physiological control systems are often displayed as flow diagrams that depict the connections between stimuli, bodily responses, and their effects. Arrows next to terms depict increases or decreases, and arrows between terms can be understood as “causes” or “leads to.” A specific type of physiological control mechanism is known as reflex arc. Simply put, the reflex arc begins with a stimulus that triggers a bodily response system that produces certain effects, which in turn alter the original stimulus. The majority of biological response systems are characterized by negative feedback, defined as a response, which produces effects that counteract or eliminate the stimulus. However, certain processes do exhibit positive feedback, characterized by responses that amplify the original stimulus. The purpose of these flow diagrams is to provide simple visuals that identify causes, effects, and overall outcomes of events that occur in physiological regulation. Historical analysis, too, is concerned with the origins and effects of responses that underlie change in society. Thus, this project takes inspiration from the visual representation of biological reflex arcs in an attempt to understand and visualize the driving forces and effects of nineteenth-century Liberalism and Socialism. It must be noted that this undertaking is rather experimental, and will make an effort to apply the concept of feedback to these historical events and ideologies to explore whether or not these ideologies can be understood as demonstrating feedback patterns. Two feedback loops will be presented with figure legends explaining the relationships therein.