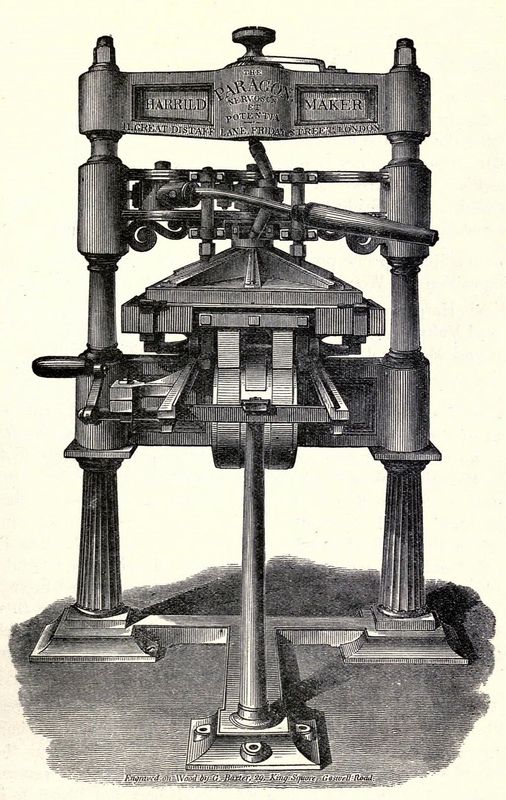 Early Version of the Printing Press

There exists a necessity for authority in every society. Without some form of control, life would be subject to chaos. However, it is important to understand that authority, although extremely necessary, is ambiguously defined throughout history and tends to change relatively often. During the Early Modern period in Europe, power of authority shifted drastically from the church to the state, changing almost all aspects of life for the common people. Of course, this shift did not occur over-night; instead, it was throughout the entire Early Modern period, including the Reformation and Enlightenment, that the transfer of power came to be. A combination of disruptive technological and scientific advancements and their lasting effects on society propelled the shift from power of authority lying in the hands of the church to power of authority belonging to the state in Early Modern Europe. Technological and scientific breakthroughs, such as the development of the printing press and advancements in astronomy, challenged medieval understandings of intellectual, and as a result, political authority.

The printing press enabled the spread of knowledge in a more direct and practical way. Johannes Gutenberg was successful in developing this prominent technological feat: the printing press. The invention laid the basis for the ability to spread knowledge, not only to wealthy clergymen and nobility, but also to the common people. As the church was the leading source of knowledge and authority during the fifteenth century, the invention of the printing press came as a threat to religious power. During that time period, monasteries and scriptoria were concerned that the new ease of printing and ability of the common man to buy books would take away from the church’s power and influence. This form of printing was deemed undesirable as it suggested “to the information haves that they share the information with the have-nots.” (Hargrave 225)1 The church understood that the printing press had the power to influence a change in the current society of the period.

An important cause of the change in authority in Europe was how people utilized and engaged with the printing press. For instance, Martin Luther successfully used the printing press to spread his criticisms on the Catholic church. Although many intellectuals and German rulers were already discussing the negative aspects of the Catholic Church (specifically indulgences and their tendency to drain the German economy), Luther’s brilliant strategy of understanding his audience prompted change in the religious traditions in Europe. Luther, utilizing this new ability to mass produce print that resulted from the development of the printing press, tailored the information he printed to the ease of reproduction. For instance, Luther printed very short pamphlets to distribute to the European people; by making these pamphlets short, there was a greater chance of more people truly reading and sharing his ideas. First and foremost, it was the invention of the printing press that made the spread of Lutheranism as a new form of religion possible, but this mixed with Martin Luther’s actual use of the invention truly set the Reformation into action.

As Luther’s ideas on the Catholic Church spread, Lutheranism became increasingly popular among not only the common man but also the city councils that existed in European society. Luther’s protestant form of religion condemned the idea of the Pope as the head of councils: “[t]he Romanists have no basis in Scripture for their claim that the Pope alone has the right to call or confirm a council” (Luther 52) 2 In stating this, Luther brought up a revolutionary point on authority for this time period. He questions religious rule over policies and leans toward a more secular form of power. By introducing this new idea on authority, Luther attracts the attention of city councils; why would a city council not want to support a religion that publicly promises the right of the council to rule its subjects? Martin Luther utilizes the printing press to bring these ideas to the public, which attracts support from many commoners and councils. At this point in Early Modern Europe, the power of the Church over the secular portion of people’s lives decreases significantly. Luther and his use of the printing press shift authority away from the Church.