In December 1866, Milton Bradley invented the Myriopticon, a picture story wrapped in a theatrical box that depicted the American Civil War. Interestingly enough, this innovative game was advertised cheerfully as a perfect Christmas gift. Children and adults would gather together in a dimly lit room with the Myriopticon and peer through stereoscopes for a three dimensional view of civil war battlefields, camps, weapons, and more. As they scrolled through the panorama of photos (using a small key to scroll through the images), they would read along to a lively script. The entire game was a spectacle. The Myriopticon is an invention that reflects many of the popular technological innovations and common attitudes of the late 1800s. For instance, a significant technology that was developed during the time period of the Myriopticon was the motion picture. People were impressed by movies’ realistic images, and they enjoyed being able to fall into another world. It was the drama and entertainment that resulted from the Myriopticon that engaged people to buy such a game. The Myriopticon also reflects the innovation of the railroad through its use of panorama to depict the war. With the development of the railroad, people began to see the passing world as a panorama. The Myriopticon is not only an invention in itself, but it also is a reflection of the common attitudes on entertainment. It displays people’s interest in participating in drama and spectacle, which are interests that developed as a result of the railroad and film. 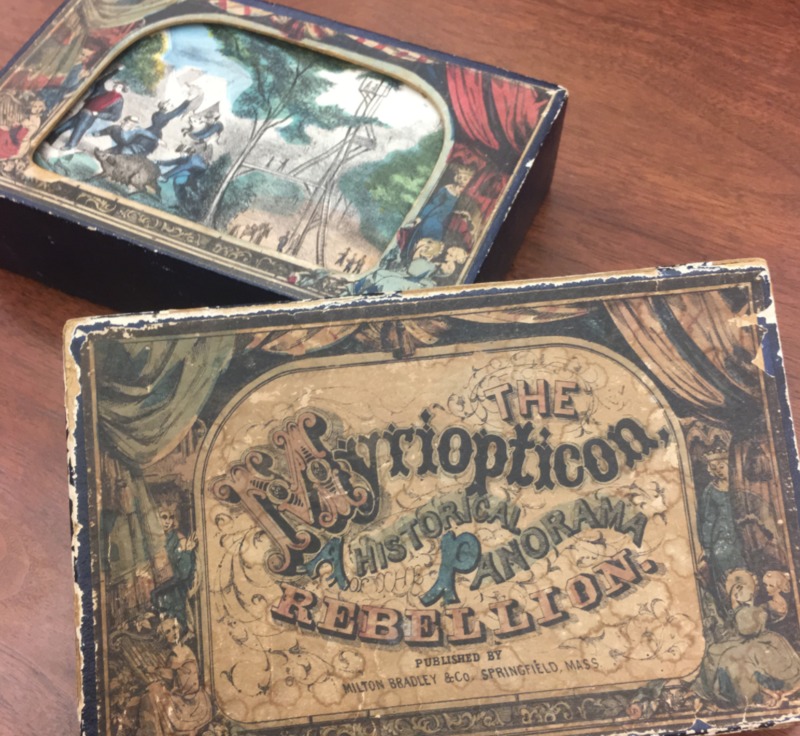