OP-ED: The Theater Experience in an Age of Streaming 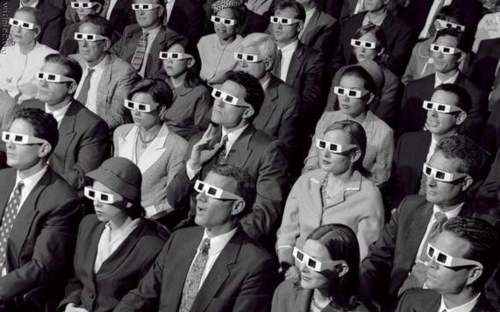 Why is the cineplex empty?  Can it be that direct-to-consumer film and television streaming will mark the end of the theater going experience?  To answer this, one must take a look at the history of film, television and the journey of media consumption.  Film is a relatively young art form.  It began in 1895 when the Lumiere brothers presented a new camera-projector hybrid, that combined the ability to roll film, like Edison’s competing kinescope, and the projection abilities of the popular ‘Magic Lantern’ shows.   This revolutionary device was called the ‘cinematograph’.  (Read more about this invention under the ‘Toolbox of Invention’ tab) Film was originally conceived as a novelty display.  It was presented in festivals around the world, not so much as a storytelling device, but as a form of cheap entertainment comparative to a magician’s act.  These first projects were silent and relatively short, as they lasted only a couple of minutes in length.  The induction of large scale storytelling was introduced to the medium in the coming year and artists began making longer, more complex films.  To draw in a wider audience and elongate the magic of cinema, producers decided to incorporate synchronized sound, including music and dialogue, into film.  The 1924 film the Jazz Singer is often cited as the first film with synchronized dialogue.  Doing this captured life in a way no other medium could, and families would take trips to the theater to indulge in the experience of living another life vicariously through film.

The induction of television into the household proved to be legitimate competition for the film industry.  Television was able to stream short stories, documentaries, and public service announcement directly to the living room of the consumer.  Film producers were forced to reconsider what makes film stand apart as a medium.  Television could already tell stories, so producers thought in terms of making the film bigger, more immersive and more showey.  This included widening the aspect ratio of film to create a larger and more immersive experience.  Other changes included the introduction of color, 3-d, surround sound and Cinerama.  The introduction of VHS, Betamax and Laserdisc further challenged this notion by bringing the spectacle of film, to the household, just like television.  To demonstrate the force of VHS, in 1982 a mere six percent of homes had VHS players, but by 1986, roughly a third of households adopted the medium.  Film rental shops began to appear around North America, most notable being Blockbuster.  All one had to do was drive to the video store and rent a tape, and then the film could be seen all in the comfort and convenience of a house.  Of course, at this point it was not anywhere near the same experience.  Films would often utilize the ‘pan-and-scan’ technique which cropped a film to fit televisions aspect ratio, the sound was less immersive, and the whole experience was less of an event and more simply entertainment.  Still, the media and technology evolved, and the home video experience was balancing convenience, with a more accurate feel of being in a theater.  Surround sounds, home theaters, larger televisions and such all helped to mimic the experience in the home.  It is also interesting to note that the professional aesthetic of film was being diluted by an onslaught of straight-to-video films and low-budget productions that took advantage of the home video to produce low-caliber films.  Home video continued to evolve and grow and VHS was eclipsed by DVD in 1997.

By the mid-2000s, streaming services began to become a legitimate threat to the theater business.  Not only would streaming media dominate the theater chain, but it would collapse most of the video rental services.  Ironically, in 2000, the CEO of Netflix, Reed Hastings, attempted to sell his company to the video rental store Blockbuster for fifty million dollars.  The CEO of Blockbuster, John Antioco, thought streaming and direct to mail video rental was a “very small niche business” and declined.  As streaming services became a preferred method of entertainment, Blockbuster would go Bankrupt in 2010.  Besides the ease of access in film-streaming, television was growing as a powerful force that replicated many of the aesthetic tricks from film.  For example, a single episode of the HBO show Game of Thrones costs ten million dollars and is presented in a very cinematic way.  That budget is a rough-standard for many independent feature-films today.  Also, actors of film caliber where recruited to bring legitimacy to television, including famed actors Shaun Bean and Max Von Sydow. The lines that differentiated film and television are dissolving.  Television is convenient in its shorter length, and ability to watch in pieces.  Therefore, one can view film-level media straight from cable, in their own home, at their leisure.  The public consensus is that spending more money and time to go out to the theater for similar caliber entertainment seemed unappealing.  But this ideology forgets the experience of being at a theater, and sharing an immersive film with a larger audience.

Today, the theater business is struggling to stay relevant by promoting this concept of immersive entertainment and importance of seeing things on a big screen.  Theaters are continuing to struggle with keeping the spectacle of seeing a film in theaters alive through a variety of means, including ‘4-d’ film experiences, where the seat moves the audience as if they were in the movie, and even larger screens.  Still, many forgoes the experience for convenience. One survey from 2006 discovered that the 75% of people prefer to watch a movie at home against 21% who prefer to spectacle of theater.  To survive, theaters have utilized business models such as Moviepass.  This model utilizes the attractive ‘all you can watch’ model of media consumption.  This is done through a monthly ten-dollar subscription, and then free movie tickets all year (excluding large, more immersive events, such as IMAX or 3D).  Whether or not this tactic will save the industry, I am not sure.  Although, I have heard a lot about it in the past few months, so I am hopeful.  This is an especially powerful model in offsetting the negative perception of the price of the typical movie theater.  Movie theaters are notoriously expensive, which is a reason why attendance has been shrinking over the years.  It is a double-edged sword, in that theaters cannot raise prices or people will not attend, but they cannot be lowered, or they will lose money and go bankrupt.  Hopefully Moviepass will allow people to reconnect with the power of the theater by making theaters more accessible.  In my personal opinion, I fear the death of the theater.  The term ‘movie-magic’ is being diluted with over-exposure to media, obsessive attention to behind-the-scenes, and the convenience of watching something on one’s phone.  I have a personal relationship to film, and a connection to the term ‘movie-magic’.  I hope the theater will survive this age of streaming, so that we can continue to appreciate the shared experience of sitting in a dark auditorium, with a popcorn and soda, and watching something magical.

For Further Reading →
OP-ED: The Theater Experience in an Age of Streaming