Truth and Reality: Bias through Technology

Imagine a world in which everything that you see and hear has been artificially constructed. Photographs would no longer be representative of reality and recordings would be manipulated and constructed to express opinions held not by the speaker but by the editor. The implications of such a world are significant in how people interact with information. What people consider to be truth is destabilized when types of evidence like photographs and voice recordings can be manipulated for specific purposes.

Although this constructed reality is daunting, it exists in many facets today and has for many years. The invention of the Kodak camera in 1888 and the current developments in not only photo editing software but also a new audio editing software have continued the concern of a transformation of reality. As a result of these manipulating technologies, people’s view of fact and truth has and will continue to be forever altered.

The Kodak camera, invented by George Eastman, was intended for the common consumer. The camera was simply and could be loaded with film that allowed for one hundred exposures. The result was a personal practice of photography, but it also opened up the market for photojournalism and photography in advertising, both of which are categorized by bias.

It is important to understand that photography has the connotation of being linked to historical record and objective truth. However, when one delves into the practice of taking good photographs, he or she may find that there are numerous ways in which a photographer is able to manipulate the scene to project a specific story. The very act of framing a photograph and choosing photographs to utilize in a newspaper or an advertisement is, in a sense, artificial. The photographer has full power over what his audience sees and understands.

For instance, there is a very famous photograph, often referred to as Tank Man, from the Tiananmen Square protests of a man standing in front of the tanks. The most oftenly displayed photograph of this seen was taken with a zoom lens. The framing is very tight on the interaction between the man and the tanks. This photograph is so tightly framed that viewers have no context of the situation that is occurring. There is another version of the photograph that was taken with a wide-angle lens. This photograph is framed in such a way as to both show the gravity of the situation but also to focus on the tanks rather than the man.

It is important to understand that these different framings can change an audience’s view on the event itself. Photos of the same subject taken from different perspectives have the ability to show completely different things. This is important when analyzing a photograph and assuming that the photo holds complete truth. Rather, the photo holds the truth that a photographer wishes his or her audience to see. 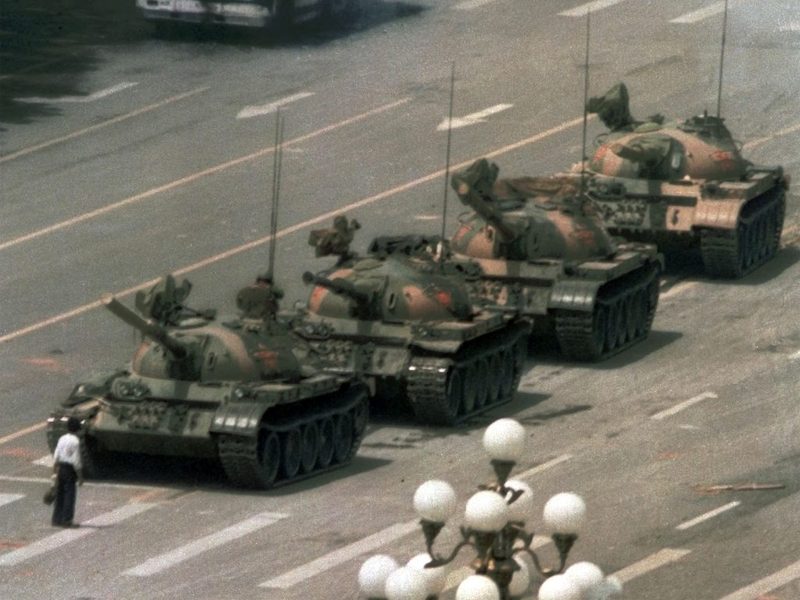 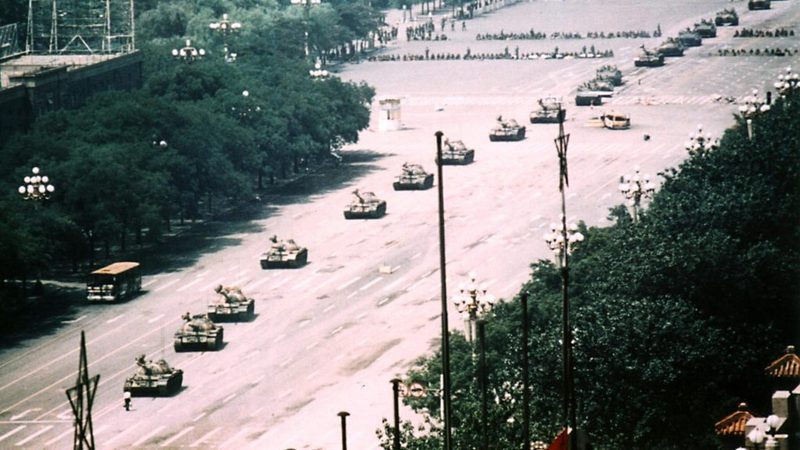 Another powerful technology that arose in the late 1800s to early 1900s was the process of editing photographs. Again, much like photographs themselves, many people see photo editing as a way to capture and portray truth. However, editing photographs has had a historical record of manipulating truth. One very common use of photo manipulation is by political figures as propaganda. For instance, there was an image taken by the Moscow Canal of Joseph Stalin standing with the water commissar, Nikolai Yezhov. Yezhov was eventually arrested and shot, so Stalin had him removed from the photograph. The result is an attempt to not only have censor what people see but also to manipulate the truth. When people edit entire subjects out of photographs, it becomes difficult to know what actually happened or who was actually present at the event. 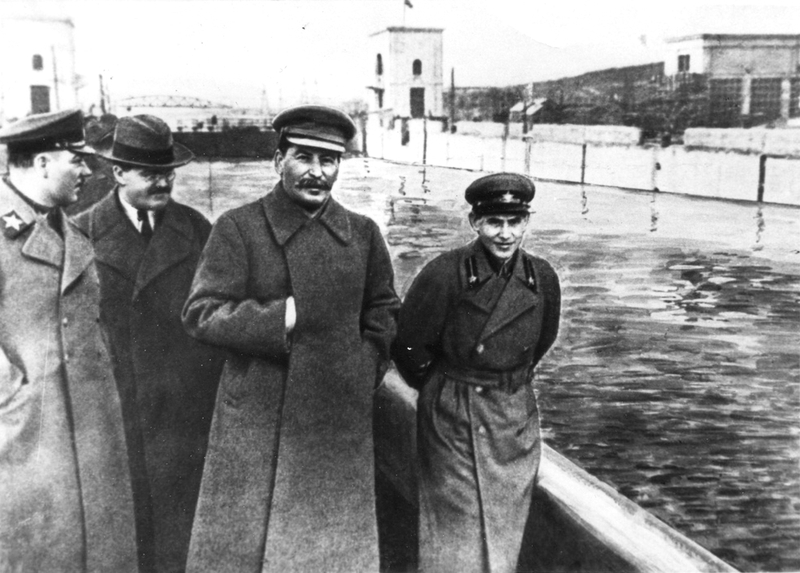 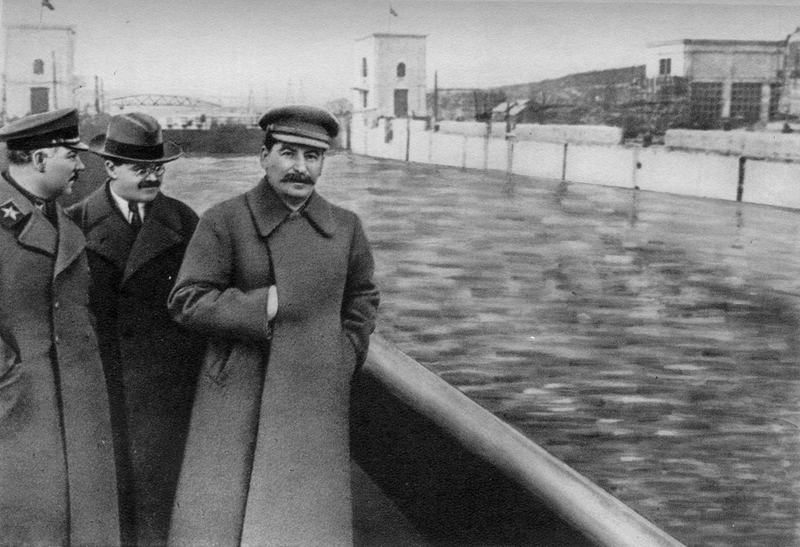 With the invention of Adobe photoshop and other powerful editing softwares, this manipulation of truth has become even more prevalent. Photoshop was created in 1990, and has continued to change the digital photography field. With the power to color correct images, spot-fix faces, and add or remove entire people and objects, photoshop gives the photographer or editor the potential to completely change a scene.

A perfect example of Photoshop’s power over reality is in the media. People who serve as influencers on media outlets like Instagram, Facebook, and even billboards and magazines project an image of what people ‘should’ look like. For instance, many pre-teenage and teenage girls look up to models on instagram. Many of these models’ photos have been completely photoshopped to rid their faces of blemishes, whiten their teeth, and shape their stomachs. The photographs do not project the reality of these girls’ bodies. However, young girls often see this as ‘the ideal.’

Aside from photography and photo editing software, other editing platforms have become breeding grounds for constructed realities. In November 2016, Adobe previewed its new ‘Photoshop for Audio’ software known as Adobe Voco. This software enables users to quickly alter recordings to include words and phrases that the speaker never said. The recording could be almost completely transformed to say the opposite of what the original recording was intended to say, and it would sound as if the actual speaker truly said it.

When Adobe previewed their new software, the programmers were extremely excited to share their innovative voice manipulator. However, they seem to have ignored the ethical issues with such a technology. The potential for misuse of Voco has the is likely to make it very difficult for professionals like lawyers and journalists who often use media as evidence. With such a technology, people will no longer know if recordings are objective or completely subjective. With the implementation of this software into everyday work on audio, people will no longer be able to believe things they hear, even if it comes directly from the source.

The overall progression of technologies that enable people to alter situations and reality is cause for concern. People have to be very aware and careful about accepting photographs as representations of scenarios. At the same time, people must also listen to voice records with skepticism, as it will become nearly impossible to predict what has been manipulated. The future of reality remains unknown, but the growth of technologies with the capability for manipulating truth has huge implications on people simply accepting what they see and hear as real.

Truth and Reality: Bias through Technology